Born and raised in Dallas, Texas. Desmond Durham known by his stage name Summer47, formerly known as Sonny DaVinci, Is a Songwriter/Rapper from Dallas, TX.
Growing up in a home with his Grandmother, Mother and Sister's he was drawn to other Genres before gaining an interest in Hip Hop.
He grew up in a 1 parent single home, but his father was very much active in his life. Summer47,lived the street life, gang violence and other things that made him overcome adversity.
Although,Summer47 experienced these things he tends to touch on a variety of subjects like: Teen Pregnancy, Suicide, Depression, Oppression, Rape and other subjects that he sees with what's going on with people close to him and in the world.
Summer47, began to take a love for Hip Hop/Rap at the age of 9...while catching a glimpse of Eminem & hearing his first album.
His older brother (Arthur Iggo) started teaching him the proper way to write and had him write constantly to learn his craft.
Although, Summer47, can not sing he still writes R&B and Pop songs. He on occasions sings on his own songs.
His Influences include but not limited: Eminem, Jay-Z, Lauryn Hill, Andre 3000, Aaliyah, Tamia, TLC, Sam Cooke, Michael Jackson, Cyndi Lauper, Marvin Gaye, Ottis Redding, Arthur Iggo, Kanye West, Dr Dre, Nas, Beatles, Nina Simone, Etta James and many more.
Connect:
https://music.apple.com/us/album/slight-turn-single/1525118550
Twitter: @TheSummerof47
Instagram: summerof47
E-mail me when people leave their comments –
Follow

This reply was deleted. 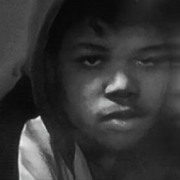 This reply was deleted.
E-mail me when people leave their comments –
Follow

Rising New York artist MajorHardcore just dropped two new hot singles titled "In New York" and "Toxic". Check out his latest work below and follow him on social media for his latest releases. Look out for his new singles "Fukin or Not" and "You…

Doja Cat doesn't hate the Barbz nor does she have beef with Nicki Minaj. In fact, she's a Nicki stan herself. In a recent interview, the "Say So" singer opened up about how a good deed turned into an all-out Twitter war after she tried to defend a…

Watch on Instragram Protests have sprouted up across the country to reopen the economy and allow people to return to work and social life. Pittsburgh was the site of the "Take Back Control" rally which saw roughly 120 protesters take to the city's…

WESTSIDEGUNN   ✔@WESTSIDEGUNN     Good Morning #PrayforParis    Westside Gunn recently dropped his new album ‘Pray For Paris,’ which is getting much praise. The Buffalo rapper has not been shy with expressing how great he feels his…

Even as the state responds to a rising daily death toll from coronavirus, even as we see new orders including a face mask mandate, Gov. Ned Lamont is looking at a wide range of information and guidance as he crafts a plan to restart Connecticut…

CBS News   ✔@CBSNews     Surgeon General Jerome Adams urges minorities who are at higher risk for coronavirus to avoid drugs and alcohol. If they don't want to do it for themselves, do it "for your abuela, do it for your grandaddy, do it for your…

During a recent Instagram Live session, 50 Cent commented on Tekashi recently being released from prison early amid fears of him contracting the coronavirus. Fif stated, "[Tekashi is] better than Marquise, though. I’ll take him before I take my…

6ix9ine to Drop Two Albums; One Album in Spanish, the Other in English

Tekashi 6ix9ine is set to drop two albums while he completes the remainder of his federal prison sentence on home confinement. According to reports, the Brooklyn rapper is set to release an album in English in addition to a Spanish language project.…